I am thrilled to participate in the cover reveal for Emma Jackson’s Summer in the City,  the heartwarming new holiday read from the bestselling author of A Mistletoe Miracle. 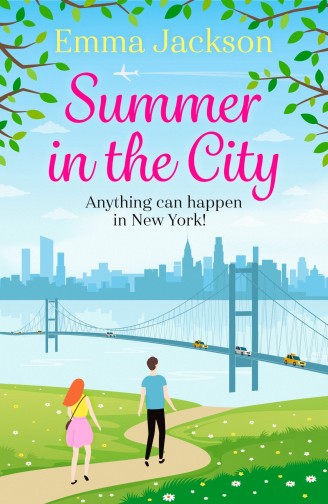 About the book…
Sometimes the one thing you’re looking for is right in front of you…Stephen is on a very personal mission to find his father as per the wishes in their mother’s will. But he has no idea where to start, not that he’s going to tell anyone that… When Noelle, native New Yorker, daughter of a detective and desperate for a distraction from the novel she’s been struggling to write, offers to help, it feels like the perfect solution.

Except the last time she spoke to Stephen he thought they’d be seeing the New Year in together and instead she stood him up and sold him out! Stephen’s big enough and been around the block enough times to understand that all is fair in love and war, isn’t he? But when Stephen accepts her offer and they begin their search across the city, it soon becomes clear that the weather isn’t the only thing that’s heating up.

About Emma Jackson…
Author of the Best Selling A Mistletoe Miracle, published in 2019 by Orion Dash, Emma has been a devoted bookworm and secret-story-scribbler since she was 6 years old. When she’s not running around after her two daughters and trying to complete her current work-in-progress, Emma loves to read, bake, catch up on binge-watching TV programmes with her partner and plan lots of craft projects that will inevitably end up unfinished. Her next romantic comedy, Summer in the City, is due for release in June 2020.

Emma also writes historical and speculative romantic fiction as Emma S Jackson. The Devil’s Bride will be published by DarkStroke in February 2020.